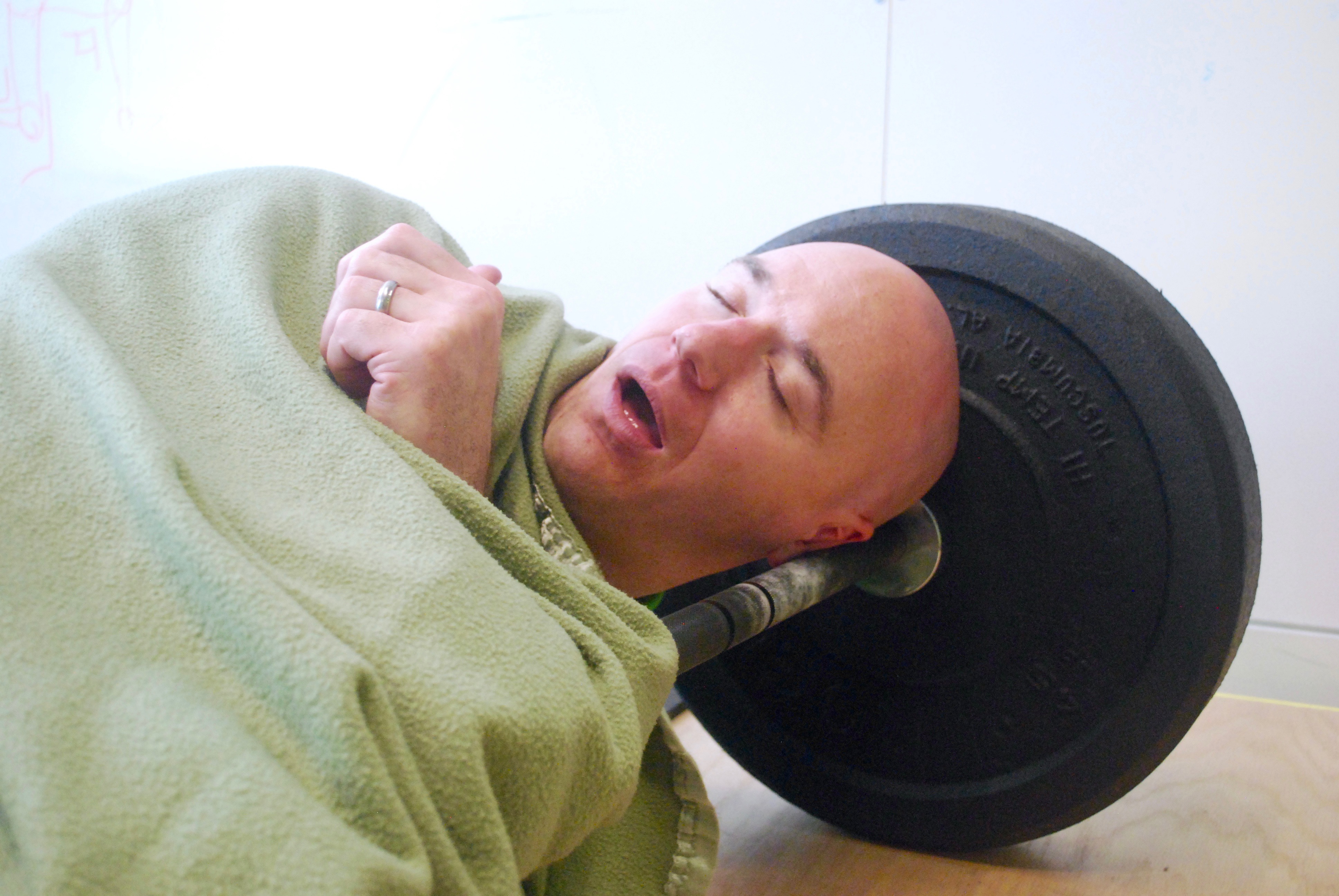 For those of you who don’t know who Rich Froning is, he is the multiple time champion of the Reebok Crossfit games, which earned him the title of “The World’s Fittest Man.” He is everything an athlete (or anyone, for that matter) wants to be.  He’s a living action figure with a superhero physique and the Spiderman athleticism to back it up.   I want to look like Rich and be able to do what he does (and be able to do it on his diet of entire pies and jars of peanut butter).

Rich is a genetic freak (and uses/used at least 10 pretty crazy supplements for his training). To try to train like him is a recipe for musculoskeletal injury and hormone disaster: Rich would workout sometimes for 10 hours, and never took a day off (notice I said “would” as in the past tense. He retired last year. AT AGE 27.) Unless you share the same parents as Rich, or you were bitten by a radioactive spider, do not train like Rich Froning.

Your body improves after it recovers. The body is always trying to improve itself: When you exercise, your muscle tissues break down. Literally. This is one of the reasons you are weaker at the end of your workout than at the beginning – you are destroying yourself! However, when the body repairs itself, it repairs it stronger, and more efficient then it was before.  When you go back to the gym, you are stronger (given that  you have allowed your body the requisite 48 to even 168 hours needed to make those repairs). It’s like remodeling a house: You’ve got to knock it down and things up in order to rebuild it better (and for anyone who has ever done a house remodeling job, you know it always takes longer than you think). The more intense the workout, or the more involved the remodeling job, the longer the recovery. So when you continue to workout without recovery, you are just continuing to destroy the beautiful temple you call a body. 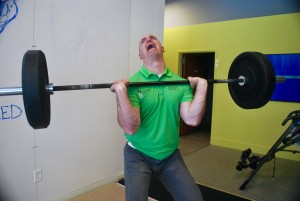 Also, do you know what tendons and ligaments are? They are the tissues that connect your muscles to your bones (tendons) or bones to bones (ligaments). Tendons and ligaments are awesome, AWESOME things. And guess what? They heal 3-5  times SLOWER than muscle. So, they can be injured easily if you don’t take time off (cough, cough, runners). Provided they are not complete tears, a muscle injury can take a few days to a month. A tendon or a ligament tear can take up to 3 months to recover. If it’s a complete tear that will require surgery, you are in serious trouble. Anyone I’ve talked to about an area they have had surgery on, it never is quite the same. You may still be breaking personal records afterward, but that site of surgery is never as good as the uninjured side. Plus, in that downtime of recovering from your injury, you are losing valuable gains in strength, stability, and speed. This is a horrible way for your body to tell you, “Listen, buddy, you should have given me a break, OK?”  If you think going a day or two without working out is bad, wait until it’s a couple months or a year.

Here’s another thing:  It’s not just your muscles, tendons and ligaments that take a beating when you workout, your hormone system gets a workout too. Your adrenals and your thyroids, which help regulate fat burning and your energy, get worked. A LOT. And they need time to recover, or they will bail on you like an old iPod with a crappy battery. Plus, adrenal fatigue is awful, unless you like your hair falling out and feeling anxious and exhausted at the same time. I’m serious people. It’s worse than trying to play Solitaire on that spin-wheel first generation iPod.

So How Do You Know If You Are Overtraining?

There are several signs. One of the best ways to tell is starting by asking yourself are you performing better than you were your last workout? Are you faster? Are you stronger? And you able to last longer?  Each workout should be getting you closer to whatever your goal is. If you are not improving, or worse, you are getting weaker/slower, that is a surefire sign you are not getting enough recovery.

Other signs that you are overtraining: 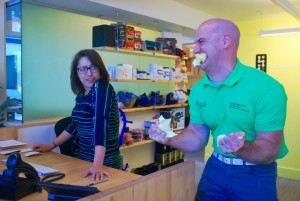 Irritability is a symptom

What Can I Do To Avoid Overtraining?

A great way to prevent overtraining is periodization: every few weeks (2-3) vary your intensity, followed by a week of low level activity (see the “working in” section coming up later).  Go 85-100%  of your 1 rep max for 3 weeks, take a week of just  “working in,” then come back and do 3 weeks at 60-80 % of your 1 rep max, followed by another week of working in, and repeat. You will find that you improve at both levels far more constantly, and you will avoid the overtraining pitfalls.

Do Not Workout on Consecutive Days

If you train X on day one, Y on day two, Z on day three, you are still taxing the body for 3 days in a row. If 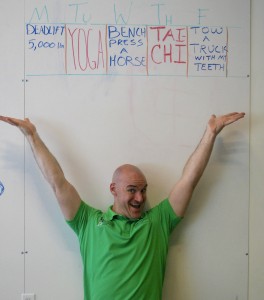 you are going to do this, it is important that your sleep and nutrition be paramount. Also, the duration of your workout should be shorter.  Also, your rest weeks should be more frequent.

Working “In” Instead of Working “Out”

This next option come via Paul Chek, founder of The Corrective Holistic Exercise and Kinesiology  Institute. “Working In” is the idea of doing an exercise at an very low intensity. This is doing it at a level that:

Tai Chi, qigong, and some forms of yoga are great for this. Walking also is superb. This allows motion and movement (what most athletes crave) without over exerting yourself. Now, some people will hear this advice, and go to some high intensity yoga class with an 80 lbs. weight vest and 3 Rouge bands looped around their body. Just because there is the word “yoga” in the description, doesn’t mean it’s low intensity. AND, before I am bludgeoned to death by hundred of rolled up Gaiman yoga mats, high intensity yoga isn’t necessarily bad for you. I’m simply stating it’s not good for “working in,” ok? OK.

What if I told you you could get stronger, faster, think quicker, be less stressed, look younger, and burn more fat by doing absolutely nothing in the comfort of our own bed? 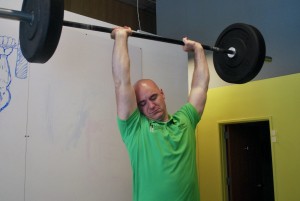 But it’s true! It’s called “sleep.” And we’re are probably not getting enough of it.
Sleep is where your body is doing a majority of its tissue repair, both musculoskeletal, and also mental.  Remember, complicated olympic lifts and other exercise requiring balance and coordination require a lot from your central nervous system (which basically the control center for movement). Now, the National Sleep Foundation (NSF) says that an average adult should be shooting for 7-9  hours of sleep a day. Sadly, the “average” adult does not exercise. If you are exercising, and pushing yourself, you should be shooting for closer to 9 or even 10  hours a day.

It is also important which hours you are sleeping; numerous sleep studies done on athletes have shown an improvement in performance when the athletes are in bed by  10 p.m. In fact, several college football teams (University Of Tennessee, Northwestern, University of Pittsburgh) are now making their players go to bed before 10, trying to get closer to 9+ hours of sleep. So far, the universities are showing a marked decrease in injuries compared to prior years before the sleep training.

“But Craig, that’s not fair! How can I be expected I have to work, raise kids and be able to binge watch GAME OF THRONES! How do you expect me to get 10 hours of sleep and still be able to live a life?!”

I know!  Believe me, I know. I’m not making up the rules here just to be a jerk. My advice is make your workouts count. Think quality over quantity. Multi-joint exercises alway win over isolation exercises in efficiently, practical carryover into other activities, and aesthetics.

The harder you train:

Be good to yourself!